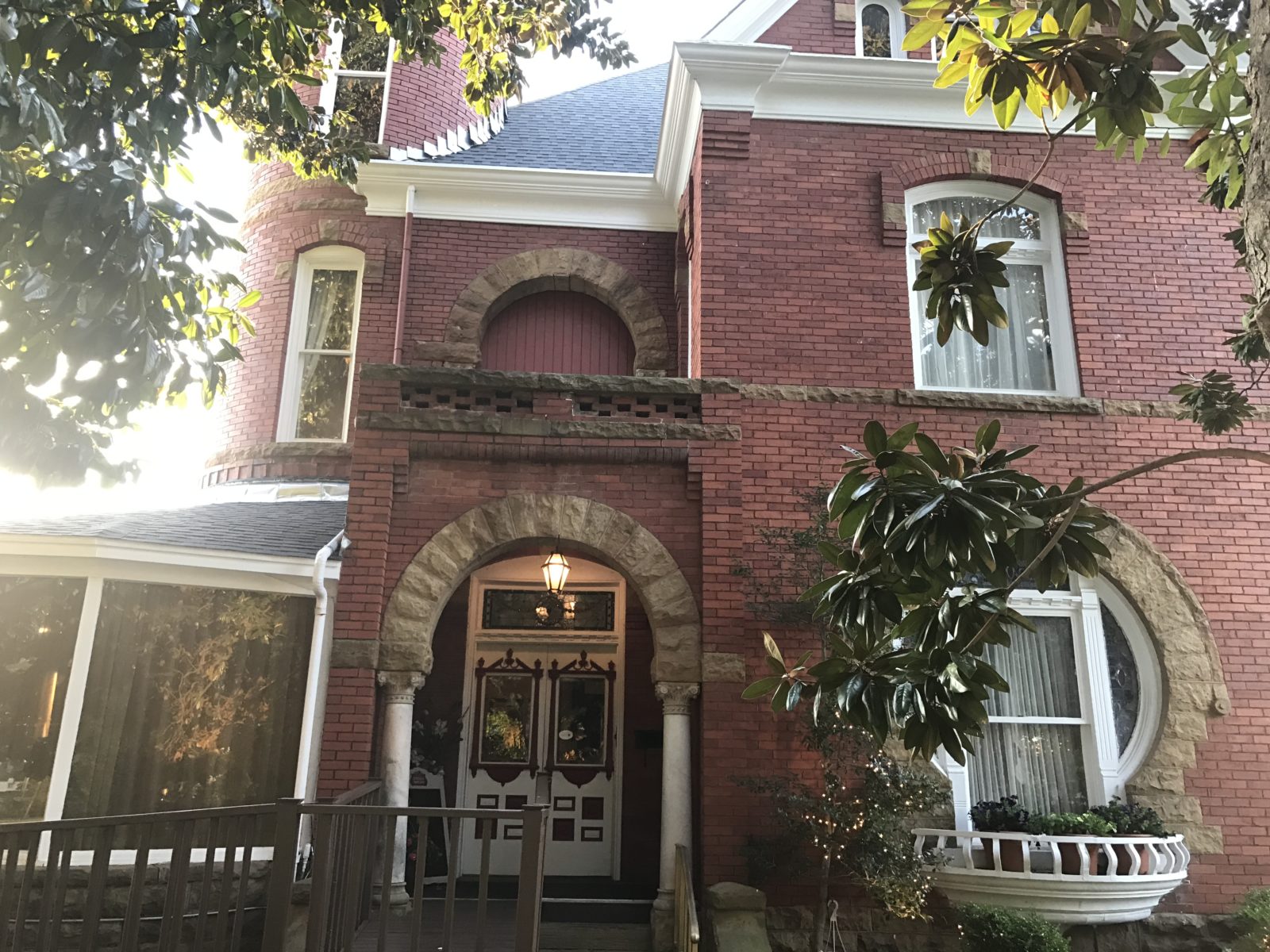 Question:  What is the nicest restaurant you’ve ever been to? Where was it? What did you order?

I’ve eaten at a lot of places. Having lived in five states and traveled to at least 20, I’ve had my share of adventures. I’ve eaten the absolutely common fast food. I’ve eaten the high end at Ruth’s Chris Steak House. The most important place with some of the best food though may be  Taliano’s Italian Restaurant.

Taliano’s is in Fort Smith, Arkansas. This is a border city in western Arkansas within sight of Oklahoma across the river. As a city, it features maybe 90,000 people today. It is where my parents met on the tennis courts at Ben Geren. It has a history as a gateway to the west and Indian Territory, as one of the last locations along the Trail of Tears. A location of discipline, law, order, and hangings in the wild west.

Taliano’s is where my dad proposed to my mom. The Italian restaurant itself is fairly close to my mom’s old home. A few streets over in the older part of town with plenty of houses pushing near100 years old. The building is an old house, converted into a very unique dining establishment. I’ve eaten there twice as far as I can remember. Once in 2001 on a vacation trip. Again in 2017 on a vacation to let my mom see her home town for perhaps the last time.

Lots of people flock to a simple place like an Olive Garden. Taliano’s has them beat by miles.  The food is fresher, the atmosphere even more intimate and unique, and the memories fonder than any chain could hope to garner. Open mainly for dinner hours, it never seems to be empty.  They prefer that you have a reservation, but we got in just fine without one for my mom, her sister, her sister’s husband, and myself.  It seemed our visit must have corresponded with prom, or some formal event, as a table of eight high school aged kids was nearby. Their behavior was exemplary.

There is a lot of standard Italian fare on the menu. I have no idea what I ate in 2001, but in 2017 I had fettuccini alfredo.  The pre-meal salad was incredibly fresh too. I believe there may have been some bread or other pre-meal items, but ultimately I enjoyed the main course. Taliano’s is not an inexpensive restaurant, but it sits up there with other higher end casual dining, such as any primary Darden entity or steak house.  It was about $25 a head I think as I paid the bill after tip. Though I believe I ate all my food, the others had leftovers to enjoy later.

Fort Smith is somewhere I lived for six months in the middle of my single digit years. Both sets of grandparents lived here. As mentioned, my parents met here, and the restaurant played a role in their relationship. Fort Smith is not the biggest town, it doesn’t have all the attractions of a major city, but it has its culture and special places. Taliano’s is one of those places. Unlike the bland suburban and urban environments somewhere like Orlando has, with all its attractions and famous destinations, Fort Smith has something special to it. Houses have character, national historic locations have presence, and the people seem to have a relaxed kindness. While the world gravitates the population back to the mega cities and builds new mega cities, lets pray somewhere like Fort Smith can still exist with its special places like Taliano’s tucked away in the neighborhoods of old. It was here before I was born, lets hope it is still there when I die for the next generations to enjoy.